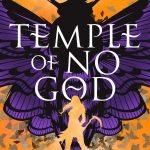 Temple of No God

Daughter of the Moon Goddess 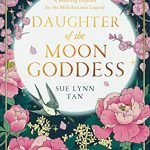 Lin ‘The Silent One’ Vu is a gangster in Chinese-occupied Hanoi, living in the steaming, paranoid alleyways of the 36 Streets. Born in Vietnam, raised in Australia, everywhere she is an outsider.

Through grit and courage, Lin has carved a place for herself in the Hanoi underworld under the tutelage of Bao Nguyen, who is training her to fight and survive. Because on the streets there are no second chances.

Meanwhile the people of Hanoi are succumbing to Fat Victory, an addictive immersive simulation of the US-Vietnam war. When an Englishman – one of the game’s developers – comes to Hanoi on the trail of his friend’s murderer, Lin is drawn into the grand conspiracies of the neon gods: the mega-corporations backed by powerful regimes that seek to control her city.

Lin must confront the immutable moral calculus of unjust wars. She must choose: family, country, or gang. Blood, truth, or redemption. No choice is easy on the 36 Streets.

“Raw and raging and passionate, this is cyberpunk literature with a capital f*cken L.” Richard Morgan (author of Altered Carbon)

“Brutal, brooding, brilliant  . . . an angry vision of violence wrapped around a complex meditation of memory, trauma and hegemony. This is cyberpunk with soul” – Yudhanjaya Wijeratne (author of Salvage Crew)

“High-octane, immersive SF at its best. 36 Streets is sure to become a classic in the field.” – Kaaron Warren (Shirley Jackson Award-Winner)

“Napper paints a prophetic and uncomfortably believable vision of the future. A fascinating interplay between advancing technology and wish fulfillment, 36 Streets is ambitious in scope while remaining deeply human.” Tim Hickson (Hello Future Me)

T. R. Napper is a multi-award-winning author, including the Aurealis for best short story. His work has appeared in annual ‘Year’s Best’ anthologies, and he has been published in respected genre magazines in the US, the UK, Israel, Austria, Australia, Singapore, and Vietnam. His short story collection, Neon Leviathan, is out now, and his debut novel, 36 Streets, is published by Titan Books.

Before turning to writing, T. R. Napper was an aid worker, having lived throughout Southeast Asia for over a decade delivering humanitarian programs. During this period, he received a commendation from the Government of Laos for his work with the poor. Napper is also a scholar of East and Southeast Asian literature; he received a creative writing doctorate for his thesis: The Dark Century: 1946 – 2046. Noir, Cyberpunk, and Asian Modernity.

T. R. Napper is a fan of Philip K Dick, Ursula Le Guin, Kazuo Ishuguro, and Kurt Vonnegut, and has a particular obsession with the movie Blade Runner.

After 15 years living in Mongolia, Laos, and Vietnam he now lives in Canberra, Australia. He does not own a cat. Two young boys are quite enough.

Author can be found online at http://nappertime.com/

Be the first to review “36 Streets” Cancel reply