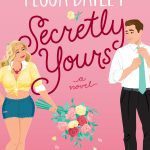 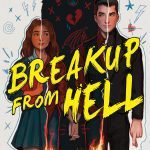 #1 New York Times bestselling author of The Selection series Kiera Cass is back with her most epic novel yet – a sweeping enemies-to-lovers standalone romance.

‘Love has a sound. It sounds like a thousand heartbeats happening at the same time.’

Annika has lived a life of comfort and luxury as the Princess of Kadier―but now, after the death of her mother, she’s weighted under the looming threat of a loveless marriage arranged by her cold father.

Far outside the palace walls, on the outskirts of the land Annika’s family has long ruled over, Lennox is waiting for his moment. His people displaced, his father gone, Lennox knows that it’s up to him to lead his people into a battle to overthrow the Kadierian monarchy.

After Annika and Lennox’s worlds collide, they can’t stop thinking of each other. Annika has waited her whole life to find out what love truly feels like―but could it be that she’s found love with someone she can never have?

Praise for The Selection:

Tiktok made me buy it! A compelling new romance novel for young adults

Kiera Cass graduated from Radford University with a degree in History. She grew up in South Carolina and currently lives in Blacksburg, Virginia with her family. In her spare time, Kiera enjoys reading, dancing, making videos and eating unhealthy amounts of cake.

Author can be found online at http://www.kieracass.com/

Be the first to review “A Thousand Heartbeats” Cancel reply