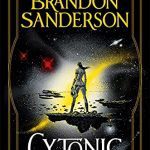 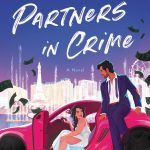 A gothic tale full of mystery and romance . . .

Hazel Sinnett is a lady who wants to be a surgeon more than she wants to marry.

Jack Currer is a resurrection man who’s just trying to survive in a city where it’s too easy to die.

When the two of them have a chance encounter outside the Edinburgh Anatomist’s Society, Hazel thinks nothing of it at first. But after she gets kicked out of renowned surgeon Dr. Beecham’s lectures for being the wrong gender, she realizes that her new acquaintance might be more helpful than she first thought. Because Hazel has made a deal with Dr. Beecham: if she can pass the medical examination on her own, Beecham will allow her to continue her medical career. Without official lessons, though, Hazel will need more than just her books – she’ll need corpses to study.

Lucky that she’s made the acquaintance of someone who digs them up for a living.

But Jack has his own problems: strange men have been seen skulking around cemeteries, his friends are disappearing off the streets, and the dreaded Roman Fever, which wiped out thousands a few years ago, is back with a vengeance. Nobody important cares – until Hazel.

Now, Hazel and Jack must work together to uncover the secrets buried not just in unmarked graves, but in the very heart of Edinburgh society.

Irreverent, intelligent and smart, Dana Schwartz is one of the brightest of the next generation of young writers — Neil Gaiman, No. 1 New York Times bestselling author

Lionhearted heroine you’ll root for from page one? Check. Dark academia vibes? Check. Cheeky romantic banter that will make you blush? Check, check and CHECK. Read this gripping, ridiculously clever tale only if you’re fully prepared to be haunted by its revelations about life and death while also swooning at the idea of flirting with someone in an open grave — Emma Lord, New York Times bestselling author

Schwartz’s magical novel is at once gripping and tender, and the intricate plot is engrossing as the reader tries to solve the mystery. She doesn’t miss a beat in either the characterization or action, scattering clues with a delicate, precise hand. This is, in the end, the story of the anatomy of the human heart ― Booklist (starred review)

Dana Schwartz is an arts and culture writer based in New York City with writing for The New Yorker, The Guardian, New York Observer, Marie Claire, Glamour, Mic, GQ, VICE, and more. She is currently a staff writer for Entertainment Weekly.

She created a parody Twitter account called @GuyInYourMFA based on the people she’s encountered in fiction workshops, and another one called @DystopianYA about the tropes in all of the young adult fiction books she’s read. Her own (non-dystopian) YA book, And We’re Off, was published May 2017 by Penguin/Razorbil.

Author can be found online at http://www.danaschwartzdotcom.com/

Be the first to review “Anatomy” Cancel reply