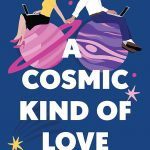 A Cosmic Kind of Love

Alone With You in the Ether- Special Edition 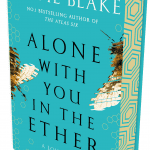 Six magicians were offered the opportunity of a lifetime.
Five are now members of the Society.
And two paths lie before them.

In this thrilling next instalment, the secret society of Alexandrians is unmasked. Its newest recruits realize the institute is capable of raw, world-changing power. It’s also headed by a man with plans to change life as we know it – and these are already under way. But the cost of this knowledge is as high as the price of power, and each initiate must choose which faction to follow. Yet as events gather momentum and dangers multiply, which of their alliances will hold? Can friendships hold true and are enemies quite what they seem?

The Atlas Six introduces six of the most devious, talented, and flawed characters to ever find themselves in a magical library, and then sets them against one another in a series of stunning betrayals and reversals. As much a delicious contest of wit, will, and passion as it is of magic, this book is half mystery, half puzzle, and wholly a delight — Holly Black on The Atlas Six

Lethally smart. Filled with a cast of brilliantly realized characters, each entangled with one another in torturously delicious ways, The Atlas Six will grip you by the throat and refuse to let go. Olivie Blake is a mind-blowing talent — Chloe Gong on The Atlas Six

The Atlas Six will thrill those who love twisted plots, twisted relationships, and morally grey characters ready to kill for knowledge and power. Dark, ambitious, and engaging — H. G. Parry on The Atlas Six

Olivie Blake is a lover and writer of stories, and is the pen name of Alexene Farol Follmuth. Many of Olivie’s stories involve the fantastic, the paranormal, or the supernatural, but not always. More often, her works revolve around our collective experience of what it means to be human (or not), and the endlessly interesting complexities of life and love. Alexene tripped and fell into writing after abandoning her long-premeditated track for Optimum Life Achievement while attending law school. She now focuses primarily on the craft and occasional headache of creating fiction.

As Olivie, she has been published as the featured fiction contributor for Witch Way Magazine, as well as the writer for the self-published graphic series Alpha and a variety of other titles, including The Atlas Six.

Alexene lives and works in Los Angeles, where she is generally tolerated by her rescue pit bull. She can be loosely defined as the sort of person who picked up sparring to help her write fight scenes.

Author can be found online at https://www.olivieblake.com/