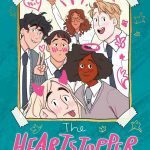 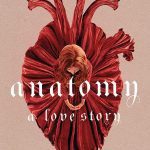 Spensa’s life as a Defiant Defense Force pilot has been far from ordinary.

She proved herself one of the best starfighters in the human enclave of Detritus and she saved her people from extermination at the hands of the Krell – the enigmatic alien species that has been holding them captive for decades. What’s more, she travelled light-years from home as a spy to infiltrate the Superiority, where she learned of the galaxy beyond her small, desolate planet home. Now, the Superiority – the governing galactic alliance bent on dominating all human life – has started a galaxy-wide war. And Spensa has seen the weapons they plan to use to end it: the Delvers. Ancient, mysterious alien forces that can wipe out entire planetary systems in an instant.

Spensa knows that no matter how many pilots the DDF has, there is no defeating this predator.

Except that Spensa is Cytonic. She faced down a Delver and saw something eerily familiar about it. And maybe, if she’s able to figure out what she is, she could be more than just another pilot in this unfolding war. She could save the galaxy. The only way she can discover what she really is, though, is to leave behind all she knows and enter the Nowhere. A place from which few ever return.

To have courage means facing fear. And this mission is terrifying.

another brisk YA fantasy from Sanderson – inventive, action-stuffed and surprising until the end ― SFX

Secrets intensify this ripping yarn, which is crammed with peril, thrills and snappy dialogue ― Daily Mail

Skyward is an adventure and a half that you won’t want to miss. Even hardcore Cosmere fans will enjoy the special mix of fantasy and sci-fi that unfolds as you watch Spensa learn what it means to be truly brave. ― TOR.COM

Steelheart is the literature equivalent of a blockbuster; episodic and fast-paced with surprises around every turn. ― SCI FI NOW

Full of action ― THE SUN

All the main characteristics of a Sanderson novel from a writer at the top of his game. ― FANTASY BOOK REVIEW

With this action-packed trilogy opener, Sanderson offers up a resourceful, fearless heroine and a memorable cast-including a strangely humorous, mushroom-obsessed robot-set against the backdrop of a desperate conflict. As the pulse-pounding story intensifies and reveals its secrets, a cliffhanger ending sets things up for the next instalment. ― PUBLISHERS WEEKLY

as always, Brandon Sanderson creates a unique and interesting universe we get to explore alongside the protagonist…a fun, action packed ride for those of us who remain a child at heart. ― Best Fantasy Books

The world of The Reckoners is suddenly presented in all its glory. It’s an incredibly vibrant setting that showcases the entire breadth of Sanderson’s talent. Expect to finish this one in single sitting. ― Upcoming 4 Me

The stories are complex, fascinating, and filled to the brim with three-dimensional characters ― Fantasy Book Review

Firefight is a rollercoaster ride of action, entertainment, and humour ― Smash Dragons

A terrifically tall tale, packaging the superhero action into compelling, punchy chapters that keep you reading. It’s a fast, feisty read with characters that are skillfully drawn, assassinations, gunfights, physics bending motorcycle chases and a world you can’t wait to hear more about. ― SFX

Brandon Sanderson was born in Nebraska in 1975. Since then he has written, amongst others The Mistborn books and begun the internationally bestselling Stormlight Archive. He was also chosen by Robert Jordan’s family to complete Jordan’s Wheel of Time Sequence. He lives in Utah.

Author can be found online at https://www.brandonsanderson.com/

Be the first to review “Cytonic” Cancel reply