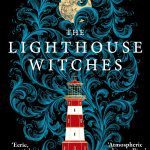 The Weight of Blood 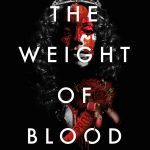 Daughters of the Dawn

Twin princesses Ria and Rani journey deep into dangerous new lands to save their home in this propulsive, immersive sequel to Sisters of the Snake, perfect for fans of We Hunt the Flame and The Wrath & the Dawn.

The powerful Bloodstone is in dangerous hands. And a deadly new threat rises.

Ria and Rani have barely settled into their new lives at the palace—as princesses, as sisters—when a sinister prophecy uproots them once more.

The Blood Moon will rise in one month’s time, and with it their enemy Amara’s opportunity to destroy everything Ria and Rani hold dear.

The twin princesses must find Amara—a deadly search that separates Ria and Rani once more and takes them to wintry kingdoms and scorching deserts, pitting them against ancient mysteries and trap-ridden labyrinths, lethal sea monsters and an elusive enemy that steals into their very dreams.

Daughters of the Dawn:

Praise for Sisters of the Snake: “A decadent and enthralling debut, Sisters of the Snake lures readers into a dark and twisted world of intoxicating magic, starcrossed sisters, and heart pounding romance. Sasha and Sarena Nanua are a powerhouse duo to watch!”  — Dhonielle Clayton, New York Times bestselling author of The Belles and Tiny Pretty Things

“Sisters of the Snake kept me on tenterhooks even as it thoroughly entertained me. Fast-paced and magical, this book introduces two bright new voices to YA lit. I can’t wait to see more from Sarena and Sasha Nanua!” — Tanaz Bhathena, author of Hunted by the Sky

“Themes of fate, identity, and sisterhood intertwine in this lush fantasy that incorporates Indian cultural elements into its worldbuilding. A fresh take on a classic tale.” — Kirkus Reviews

Sarena Nanua & Sasha Nanua are twin sisters living in Ontario, Canada. Born on Diwali ten minutes apart from each other, they grew up loving stories about twins and magic, and began writing books together when they were nine years old. They are graduates of the English and professional writing programs at the University of Toronto and are also the authors of the Pendant trilogy.

Author can be found online at https://www.sarenasashabooks.com/

Be the first to review “Daughters of the Dawn” Cancel reply