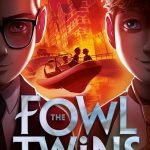 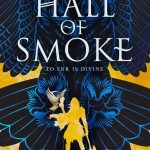 The second book in the blockbusting new series from the bestselling author of Artemis Fowl.

The second Fowl Twins adventure starts with a bang – literally.

Artemis’s little brothers Myles and Beckett borrow the Fowl jet without permission, and it ends up as a fireball over Florida. The twins plus their fairy minder, the pixie-elf hybrid Lazuli Heitz, are lucky to escape with their lives.

The Fowl parents and fairy police force decide that enough is enough and the twins are placed under house arrest. But Myles has questions, like: who was tracking the Fowl jet? Why would someone want to blow them out of the sky? These questions must infuriate someone, because Myles is abducted and spirited away from his twin.

Now Beckett and Lazuli must collaborate to find Myles and rescue him – not easy when it was Myles who was the brains of the operation. Their chase will take them across continents, deep underground, and into subaquatic super villain lairs. They will be shot at, covered in spit, and at the receiving end of some quite nasty dwarf sarcasm. But will Beckett be able to come up with a genius plan without a genius on hand…?

“Colfer . . . strings dazzling displays of high tech, heartwarming peeks at the family dynamics of the closely knit if decidedly eccentric Fowl clan, dolphin-back rides, huge blobs of slime (some of it explosive), and a climactic exhibition of prejudice gone off the rails. More high octane Fowl play.”

“Like its bestselling progenitors, a nonstop spinoff afroth with high tech, spectacular magic, and silly business.”

“Make way for a new generation of Fowl adventures and fans.”

“Fans of the Artemis Fowl novels will not be disappointed with this first novel of the spinoff series. Colfer’s razor sharp wit and fast-paced writing will keep readers engaged, entertained and grinning at the puns. High tech spy gadgets blend sci-fi elements to this fantasy novel.”

Eoin Colfer is the author of the New York Times best-selling Artemis Fowl series, which was adapted into a major motion picture from the Walt Disney Studios, and two Fowl Twins spin-off books. He also wrote the critically acclaimed WARP trilogy, and many other titles for young readers and adults, including Highfire, Iron Man: The Gauntlet, Airman, Half Moon Investigations, Eoin Colfer’s Legend of . . . books, The Wish List, Benny and Omar; and Benny and Babe. In 2014, he was named Ireland’s laureate for children’s literature. He lives with his wife and two sons in Dublin, Ireland.
Author can be found online at https://www.eoincolfer.com/
Have a look at our collection : Click Here

Be the first to review “Deny All Charges (A Fowl Twins Novel, Book 2)” Cancel reply