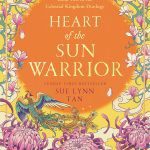 Heart of the Sun Warrior

The Art of Prophecy 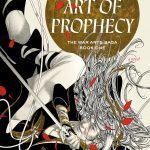 This special edition of Empire of the Vampire includes full-colour illustrations by Bon Orthwick, a stunning new cover design, and head and tail bands.

It has been twenty-seven long years since the last sunrise.

For nearly three decades, vampires have waged war against humanity; building their eternal empire even as they tear down our own. Now, only a few tiny sparks of light endure in a sea of darkness.

Gabriel de León, half man, half monster and last remaining silversaint – a sworn brother of the holy Silver Order dedicated to defending the realm from the creatures of the night – is all that stands between the world and its end.

Now imprisoned by the very monsters he vowed to destroy, the last silversaint is forced to tell his story. A story of legendary battles and forbidden love, of faith lost and friendships won, of the Wars of the Blood and the Forever King and the quest for humanity’s last remaining hope:

‘A gothic bloodbath that will leave any reader breathless. The story is a vast apocalyptic canvass, reminiscent of Justin Cronin’s THE PASSAGE or even Stephen King’s THE STAND, yet Kristoff’s work stands on its own ruthless merit as the opening gambit of a richer tale yet to unfold. I can’t wait to return again to this rich, lush, and bloody world. Until then, read this book now!’
― James Rollins, No.1 NEW YORK TIMES author of THE LAST ODYSSEY and THE STARLESS CROWN

‘A fine crafted tale, the pieces as meticulously interlocked as fine woodwork. A chilling new take on vampire lore and those who must battle that darkness. EMPIRE OF THE VAMPIRE looks fearlessly at how ruthless Good must become when confronted with unrelenting Evil’
― Robin Hobb, SUNDAY TIMES and NEW YORK TIMES bestselling author

‘Brilliant and unputdownable, with tenderness and light bound into the bitter dark of a grim and fascinating world’
― Laini Taylor, NEW YORK TIMES bestselling author of STRANGE THE DREAMER

Praise for The Nevernight Chronicle:

‘If you love Robin Hobb or George R.R. Martin, you will adore NEVERNIGHT’
― STARBURST

‘With a delicate balance of the ancient and the magical, this tense and brutal tale is unflinching, thrilling and satisfying’
― PUBLISHERS WEEKLY

Jay Kristoff is the New York Times and internationally bestselling author of The Lotus War, The Illuminae Files, and The Nevernight Chronicle. He is a winner of five Aurealis Awards, nominee for the David Gemmell Morningstar and Legend awards, named multiple times in the Kirkus and Amazon Best Teen Books lists and published in over thirty-five countries, most of which he has never visited. He is as surprised about all of this as you are.

Jay is 6’7’’ and has approximately 11,935 days to live. He abides in Melbourne with his secret agent kung-fu assassin wife.

He does not believe in happy endings.

Author can be found online at https://jaykristoff.com/