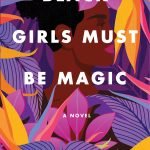 Black Girls Must Be Magic

When No One Is Watching 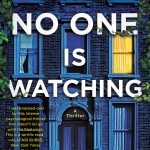 “Plumbs the depths of marriage, motherhood and friendship with warmth and wit. I devoured it in one gulp!” —Maria Semple

A warm, incisive new novel about the enduring bonds of marriage and friendship from Cynthia D’Aprix Sweeney, author of the instant New York Times bestseller The Nest

Flora Mancini has been happily married for more than twenty years. But everything she thought she knew about herself, her marriage, and her relationship with her best friend, Margot, is upended when she stumbles upon an envelope containing her husband’s wedding ring—the one he claimed he lost one summer when their daughter, Ruby, was five.

Flora and Julian struggled for years, scraping together just enough acting work to raise Ruby in Manhattan and keep Julian’s small theater company—Good Company—afloat. A move to Los Angeles brought their first real career successes, a chance to breathe easier, and a reunion with Margot, now a bona fide television star. But has their new life been built on lies? What happened that summer all those years ago? And what happens now?

With Cynthia D’Aprix Sweeney’s signature tenderness, humor, and insight, Good Company tells a bighearted story of the lifelong relationships that both wound and heal us.

“Sweeney’s effectiveness as a novelist stems from her protean sympathy, her ability to move among these characters and capture each one’s feelings without judgment. As we see some of the same events from various points of view, we don’t learn who was right — who could ever be right, after all? — but we get a poignant, sometimes comic sense of the way we each experience the same events, the same decisions, the same mistakes. In Sweeney’s hands, that’s not a recipe for endless conflict, but a road to understanding and — maybe — forgiveness.” — Washington Post

“In Good Company, Cynthia D’Aprix Sweeney’s follow-up to her best-selling ‘The Nest,’ she deftly and empathetically charts the nuanced rhythms of friendships, particularly those that, under certain circumstances, take on the role of a close-knit family circle.” — Boston Globe

“The vivacious and tender second novel by the bestselling author of The Nest  is an absorbing, wise, and tender tale of a marriage in mid-life.” — O, the Oprah Magazine

“Cynthia D’Aprix Sweeney’s Good Company is a smart and nuanced examination of the growing pains of long relationships, sure to spark great conversations about marriage, friendship, and parenthood.” — Real Simple

“This novel considers how much the bonds of friendship and marriage can withstand in a tale that has as much heart as it does intrigue.” — Good Housekeeping

“You don’t need to be a fan of Cynthia D’Aprix Sweeney’s bestseller The Nest to appreciate the high stakes, sly class commentary, and masterful storytelling of Good Company—but it wouldn’t hurt. — Town & Country

“[T]ender and absorbing tale….Filled with humor and insight, Good Company is a warm and incisive novel about loyalty and the bonds of marriage and friendship.” — BookRiot

“This effervescent, tender second novel by the bestselling author of The Nest is an enthralling saga of a marriage in midlife and the secrets that threaten to upend it.” — Oprah Daily

Cynthia D’Aprix Sweeney is the author of the instant New York Times bestselling novels The Nest and Good Company. The Nest was a Barnes & Noble Discover Great New Writer’s pick and named one of the best books of 2016 by People, the Washington Post, NPR, Amazon and others. Sweeney’s work has been translated into more than 28 languages. She has been a guest on Today, Late Night with Seth Meyers and NPR’s All Things Considered. The Nest has been optioned by AMC Studios and is in development as a limited series. Sweeney holds an MFA from the Bennington Writing Seminars and lives in Los Angeles with her family.

Author can be found online at https://www.cynthia-sweeney.com/

Be the first to review “Good Company” Cancel reply