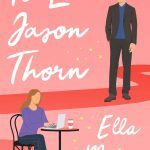 A Day of Fallen Night (The Roots of Chaos) 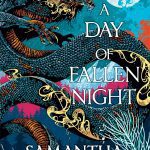 If We Were Villains – 5th anniversary and illustrated edition

A gorgeous 5th anniversary edition of the bestselling dark academia thriller where tragedy strikes at an elite Shakespeare conservatory – complete with a brand-new cover, original illustrations and deluxe finishes.

Oliver Marks has just served ten years for the murder of one of his closest friends – a murder he may or may not have committed. On the day he’s released, he’s greeted by the detective who put him in prison. Detective Colborne is retiring, but before he does, he wants to know what really happened ten years ago.

As a young actor studying Shakespeare at an elite arts conservatory, Oliver noticed that his talented classmates seem to play the same roles onstage and off – villain, hero, tyrant, temptress – though Oliver felt doomed to always be a secondary character in someone else’s story. But when the teachers change up the casting, a good-natured rivalry turns ugly, and the plays spill dangerously over into life.

When tragedy strikes, one of the seven friends is found dead. The rest face their greatest acting challenge yet: convincing the police, and themselves, that they are blameless.

If We Were Villains – 5th anniversary and illustrated edition:

This is a rare and extraordinary novel: a vivid rendering of the closed world of a conservatory education, a tender and harrowing exploration of friendship, and a genuinely breathtaking literary thriller. I can’t recommend this book highly enough, and can’t wait to read what M.L. Rio writes next. –Emily St. John Mandel, New York Times bestselling author of Station Eleven

Much like Donna Tartt’s A Secret History, M.L Rio’s sparkling debut is a richly layered story of love, friendship and obsession. Both comic and tragic, this novel asks what people are willing to sacrifice in the name of ambition. Expertly plotted, beautifully written, If We Were Villains will keep you riveted through its final, electrifying moments. –Cynthia D’Aprix Sweeney, New York Times bestselling author of The Nest

M. L. Rio is a recovering actor turned academic. She holds an MA in Shakespeare studies from King’s College London and Shakespeare’s Globe. She is a PhD candidate at the University of Maryland and lives in Washington, D. C. with many books, many records, and her trusty hound dog, Marlowe. Angie Hoffmeister is an illustrator and printmaker based in Düsseldorf, where she was educated at the Kunstakademie. She uses a range of media – including drypoint, pencil and watercolour. She has also illustrated a number of graphic novels as well as Folio Society edition of The Haunting of Hill House by Shirley Jackson.

Author can be found online at https://mlrio.com/