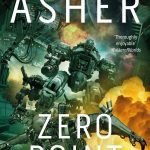 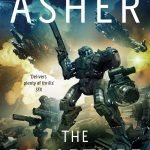 In the cold reaches of space, are they sowing the seeds of battle?
Alan Saul is now part human and part machine, and our solar system isn’t big enough to hold him. He craves the stars, but can’t
leave yet. His sister Var is trapped on Mars, on the wrong side of a rebellion. And Saul’s human side won’t let her die. He must
leave Argus Station to stage a dangerous rescue – but mutiny is brewing on board.
Serene Galahad is the earth’s latest dictator, with its full powers at her disposal – and she’ll do anything to prevent Saul from
escaping her grasp. So she musters new warships, ready to unleash a terrifying display of interstellar violence. The previous ship
sent to end Saul failed, and is now limping back to earth. One survivor is Clay Ruger, who is holding to ransom humanity’s greatest
asset – seeds to rebuild a dying Earth. He’ll give them up if Galahad gives up her life. But will Galahad pay the price, to ensure
humanity’s future?

Jupiter War is the final book in the Owner trilogy by Neal Asher.
‘This dizzying and unusually thoughtful space opera . . . The result is a challenging, extremely satisfying
read’ – Publishers Weekly
‘Expertly ratchets up the narrative tension and excitement with high-tech mayhem and technological razzledazzle’ – Kirkus Reviews

Neal Asher was born in Billericay, Essex, and divides his time between the UK and Crete. The majority of his novels are set within one future history, known as the Polity universe which encompasses many classic science fiction tropes including world-ruling artificial intelligences, androids, hive minds and aliens. His full-length novels include Gridlinked, The Skinner, The Line of Polity, Cowl, Brass Man, The Voyage of the Sable Keech, Hilldiggers, Prador Moon, Line War, Shadow of the Scorpion, Orbus and The Technician. His Owner series novels include The Departure, Zero Point and Jupiter War.
Author can be found online at https://www.nealasher.co.uk/
Have a look at our collection : Click Here

Be the first to review “Jupiter War” Cancel reply