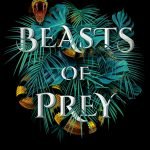 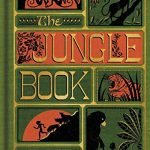 For more than a century, the adventures of Peter Pan—the boy who can fly and never grows up—and Wendy Darling have captured the hearts of generations of readers. In this enchanting illustrated volume, the fantastical world of Neverland and its magical inhabitants, including the Lost Boys, Captain Hook, Tiger Lily, and the beloved Tinker Bell, are brought to life like never before.

Peter Pan is packed with a lush array of colorful illustrations and interactive removable features, including a detailed map of Neverland, a croc o’clock with hands you can rotate to tell time, Peter’s shadow, and more. Beautiful and captivating, filled with breathtaking artwork, this stunning book is sure to become a treasured keepsake for fans of all ages.

“Just like all the genius designs they created for the Potter films…Miraphora Mina and Eduardo Lima have truly outdone themselves in creating a book that is not only gorgeous but also uniquely fun.” — MuggleNet.com

“Unique and imaginative in their style, MinaLima has created a Peter Pan that will become a beloved attention to any library. Hook a copy now!” — Examiner.com

“Seriously, the new Peter Pan volume is just a delight. Not only is it a beautifully bound hardcover, but every page looks just stunning.” — io9

“This lovely hardcover of Peter Pan is designed to look like something from an earlier era, with off-white paper and a limited color palette of mostly orange and green for the illustrations.” — Geek Dad

“Take a tour through the magical story of JM Barrie’s Peter Pan with gorgeous maps, fairy clap charts, crocodiles, mermaids and fairy dust galore via these stunning illustrations by Miraphora Mina and Eduardo Lima―AKA Minalima―from their beautiful new illustrated version of the classic tale.” — The Guardian

Let your imagination take flight as you journey with Peter Pan, Tinker Bell, and the Darling children to the magical island of Neverland in this beautiful new unabridged gift edition of J.M. Barrie’s classic story. All-new original illustrations and ten exclusive interactive elements from the award-winning design studio MinaLima create an enchanted adventure for readers of all ages—all you need is to think lovely thoughts and use a little bit of fairy dust.

J. M. Barrie (1860-1937) was a Scottish playwright and novelist best remembered for creating the character Peter Pan. The mischievous boy first appeared in Barrie’s novel The Little White Bird in 1902 and then later in Barrie’s most famous work, Peter Pan, or The Boy Who Wouldn’t Grow Up, which premiered on stage in 1904 and was later adapted into a novel in 1911. An imaginative tale about a boy who can fly and never ages, the story of Peter Pan continues to delight generations around the world and has become one of the most beloved children’s stories of all time. Peter’s magical adventures with Tinker Bell, the Darling children, and Captain Hook have been adapted into a variety of films, television shows, and musicals.

MinaLima Design is an award-winning graphic design studio founded by Miraphora Mina and Eduardo Lima, best known for their ten-year involvement in the Harry Potter film franchise where they established the visual graphic style of the film series. From their London studio they have continued telling stories through visuals from designing books and packaging to creating graphic props for films such as Sweeney Todd (2007), The Golden Compass (2007), and The Imitation Game (2014). They also designed the bestselling book Harry Potter Film Wizardry.

Author can be found online at https://www.britannica.com/biography/J-M-Barrie

Be the first to review “Peter Pan” Cancel reply