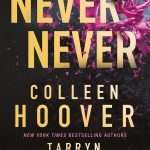 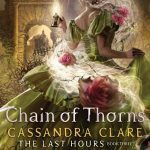 In a fallen kingdom, one girl carries the key to its forgotten past – and the demons that sleep at its heart…

Once, Lan had a different name. Now, she goes by the one the Elantian colonizers gave her when they invaded her kingdom, killed her mother, and outlawed her people’s magic. She spends her nights as a songgirl in Haak’gong, a city transformed by the conquerors, and spends her days scavenging for remnants of the past. For anything that might help her understand the strange mark burned into her arm by her mother, in her last act before she died.

No one can see the mysterious mark, an untranslatable Hin character, except Lan. Until the night a boy appears at the teahouse and saves her life.

Zen is a practitioner – one of the fabled magicians of the Last Kingdom, whose abilities were rumoured to be drawn from the demons they communed with. Magic believed to be long lost. Magic to be hidden from the Elantians at all costs.

A ferocious tale of romance and fate, SONG OF SILVER, FLAME LIKE NIGHT is a gift to those seeking adventure with a mythological twist.

‘Devastatingly gorgeous. From the bustling, conquered port city to the mysterious school waiting in the mountains, each page of SONG OF SILVER, FLAME LIKE NIGHT unfolds with a deliberate, skilled hand. Amélie Wen Zhao writes with a direct line to my heart’
Chloe Gong, #1 NEW YORK TIMES bestselling author of THESE VIOLENT DELIGHTS

“A captivating epic fantasy set in a rich world steeped in culture and legend, filled with intricate magic and unforgettable characters, woven into the gripping plot. I can’t wait for the sequel!’
Sue Lynn Tan, SUNDAY TIMES bestselling author of DAUGHTER OF THE MOON GODDESS

‘A gloriously rendered tale of power and what we’ll do to protect. Zhao serves the action, stunning visuals, and philosophical underpinnings of the xianxia genre in high style. Perfect for fans of The Untamed. I loved it!’
Shelley Parker-Chan, #1 SUNDAY TIMES bestselling author of SHE WHO BECAME THE SUN

‘Lyrical and richly imagined, SONG OF SILVER, FLAME LIKE NIGHT brims with pure magic. Zhao has woven together a story of self-discovery, slow-burning romance, and heart-pounding revelations. I was swept away from the first page!’
Rebecca Ross, internationally bestselling author of A RIVER ENCHANTED

‘Gorgeous, evocative, and thrilling, SONG OF SILVER, FLAME OF NIGHT completely entranced me. The combination of the lush prose, intricate world building, and an utterly compelling plot kept me gripped from the very first page to the last. This is a delicious, decadent feast of a book full of magic, romance, and vengeance. I absolutely loved it’
Katherine Webber, author of TWINS CROWNS

Amélie (yes, like the movie!) has adored putting pen to paper since she was in kindergarten. Born in Paris and raised in a multicultural community in Beijing, Amélie has a bone-deep love for traveling and immersing herself in new worlds and cultures. She lives in New York City, working as a full-time financial professional by day, and writer at night.

She hopes to empower young readers with messages of acceptance, strength, and courage through her works, and to continue to push the boundaries of young adult literature by exploring new, cross-cultural themes.

Author can be found online at https://ameliezhao.com/

Be the first to review “Song of Silver, Flame Like Night” Cancel reply