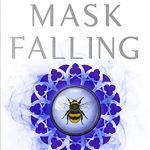 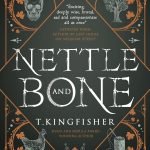 One lie put the nation at risk. Another might save it.

In 1988 Harry made one mistake: he took a bribe, letting a man he knew as Igor into Britain – and he’s regretted it ever since. So when he recognises Igor many years later as his newly-elected MP, he knows he has to come clean. But the MP recognises him too – and Harry fears what he might do next.

It was easy to get into Britain in 1988 as an illegal, working deep undercover, but the break-up of the Soviet Union cut Robinson off from his homeland. He’s inching closer to Britain’s levers of power – but now the one man who knows his secret has reappeared. With no way to contact Moscow, he must act fast to preserve his position and reap its rewards – at any cost.

Manon Tyler, CIA analyst, has just boarded a plane to London – with a report on Russian illegals to read.

This is something rare: the spy novel that prizes authenticity over fabrication, that is true to the character and spirit of intelligence work ― Mail on Sunday

The new spy thriller from Stella Rimington, former head of MI5 and author of the bestselling Liz Carlyle series – for fans of le Carré, Mick Herron and The Night Manager

Dame Stella Rimington joined the Security Service (MI5) in 1968. During her career she worked in all the main fields of the Service: counter-subversion, counter-espionage and counter-terrorism. She was appointed Director General in 1992, the first woman to hold the post. She has written her autobiography and six Liz Carlyle novels. She lives in London and Norfolk.

Author can be found online at https://www.bloomsbury.com/us/author/stella-rimington/

Be the first to review “The Devil’s Bargain” Cancel reply