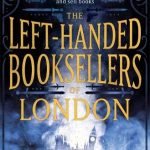 The Left-Handed Booksellers of London 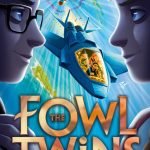 Criminal genius runs in the family… Myles and Beckett Fowl are twins but the two boys are wildly different. Beckett is blonde, messy and sulks whenever he has to wear clothes. Myles is impeccably neat, has an IQ of 170, and 3D prints a fresh suit every day – just like his older brother, Artemis Fowl. A week after their eleventh birthday the twins are left in the care of house security system, nanni, for a single night. In that time, they befriend a troll on the run from a nefarious nobleman and an interrogating nun both of whom need the magical creature for their own gain… Prepare for an epic adventure in which the Fowl twins and their new troll friend escape, get shot at, kidnapped, buried, arrested, threatened, killed (temporarily)… and discover that the strongest bond in the world is not the one forged by Covalent electrons in adjacent Atoms, but the one that exists between a pair of twins. The first book in the blockbusting new series from global bestseller Eoin Colfer.

THE BOOKSELLER – Fiona Noble
“It’s a wildly entertaining ride with all the high-adrenalin action, whip-smart dialogue, and ingenious gadgets you could hope for, filling something of a gap in the market.”

THE GUARDIAN – Kitty Empire
“Colfer’s playfulness is in full swing…”

THE DAILY TELEGRAPH – Emily Bearn
“Colfer is a hugely entertaining writer who unravels his plot at breakneck speed while never stinting on the detail.”

Eoin Colfer is the author of the internationally best-selling Artemis Fowl series, which was adapted into a major motion picture from the Walt Disney Studios.He also wrote the critically acclaimed WARP trilogy, and many other titles for young readers and adults. In 2014, he was named Ireland’s laureate for children’s literature. He lives with his wife and two sons in Dublin, Ireland, where he is working on the next Fowl Twins novel.
Author can be found online at https://www.eoincolfer.com/
Have a look at our collection : Click Here

Be the first to review “The Fowl Twins” Cancel reply