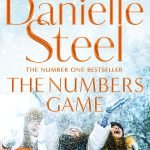 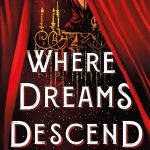 A one-of-a-kind, beautifully packaged and illustrated gift edition of the original 1925 printing of The Great Gatsby.

Considered perhaps the greatest American novel of all time, and a true classic of twentieth-century literature, The Great Gatsby tells the story of the wealthy, quixotic Jay Gatsby and his obsessive love for debutante Daisy Buchanan. Originally published in 1925, this special gift edition includes 15 specially commissioned color plates and illustrations.

A one-of-a-kind, beautifully packaged and illustrated gift edition of the original 1925 printing of The Great Gatsby.

F. Scott Fitzgerald (1896 – 1940) is widely regarded as one of the greatest American writers of the 20th century. He completed four novels in his lifetime, including This Side of Paradise, The Beautiful and Damned, The Great Gatsby, and Tender is the Night, as well as a fifth unfinished work, The Last Tycoon, which was published posthumously. He is also the author of numerous short stories.

Adam Simpson studied at Edinburgh College of Art, Rhode Island School of Design and the Royal College of Art in London. His work encompasses a mixture of commissioned and self-initiated projects. Adam has contributed to exhibitions and book fairs in London, New York, Edinburgh and Bologna, as well as numerous Japanese art museums. His work has been shortlisted for a British Design Award and he was included in the Art Directors Club Young Guns awards. Adam’s clients range from newspapers and magazines, to publishing and design agencies worldwide, including BAFTA, the SFMOMA, The New Yorker, and The New York Times. He works from his studio in south east London, overlooking the Thames.

Author can be found online at https://www.adsimpson.com/
Have a look at our collection : Click Here

Be the first to review “The Great Gatsby” Cancel reply