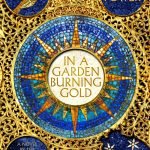 In A Garden Burning Gold 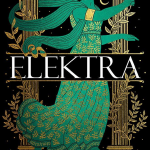 The Hunger of the Gods

Lik-Rifa, the dragon god of legend, has been freed from her eternal prison. Now she plots a new age of blood and conquest.

As Orka continues the hunt for her missing son, the Bloodsworn sweep south in a desperate race to save one of their own – and Varg takes the first steps on the path of vengeance.

Elvar has sworn to fulfil her blood oath and rescue a prisoner from the clutches of Lik-Rifa and her dragonborn followers, but first she must persuade the Battle-Grim to follow her.

Yet even the might of the Bloodsworn and Battle-Grim cannot stand alone against a dragon god.

Their hope lies within the mad writings of a chained god. A book of forbidden magic with the power to raise the wolf god Ulfrir from the dead . . . and bring about a battle that will shake the foundations of the earth.

The Hunger of the Gods:

A satisfying and riveting read. The well-realised characters move against a backdrop of a world stunning in its immensity. It’s everything I’ve come to expect from a John Gwynne book ― Robin Hobb

A duly exciting start to the series ― Publishers Weekly

A masterclass in storytelling. It is epic, gritty fantasy with an uncompromising amount of heart. A near-perfect combination of Vikings and Cornwell’s The Last Kingdom, but with a fantastical flare that Gwynne executes flawlessly ― FanFiAddict

Quintessential Gwynne honed to perfection, sharpened to a deadly edge and it does NOT disappoint. For new readers enjoy your first time experiencing Gwynne as he is a magnificent storyteller of gritty and grim fantasy that is full of heart. For old and new readers alike, simply, you are in for a treat as The Shadow of the Gods is absolutely stunning, one hell of an epic series opener and a spectacular dose of Viking-flavoured fantasy. ― The Tattooed Book Geek

Reminds me of all that I love in the fantasy genre. The Shadow of the Gods is an action packed cinematic read. It feels historically authentic, Viking-esque, yet wonderfully fantastical too. A tale of monsters and magic, Gods and legends, friendship and oaths, blood and vengeance – Gwynne has certainly done it again, if not raised the bar even higher ― Fantasy Hive

A brilliant Norse-influenced fantasy that grabs you from the first page and never lets go. Another dazzling epic story from a true master ― Out of This World SFF Reviews

This engaging tale is full of battles, blood, friendship, and epic fame to be sung for ages. I can’t rave about it enough. After finishing this, you will be left breathless, hungering for more. I will immediately be reading every book ever written by John Gwynne ― BookNest

The world is wonderfully rendered with attention paid to what makes the Norse sagas entertaining . . . The three characters are swept up in this larger plot in different ways, which just makes the story richer. The many layers provide a lavish feast for any reader. A great companion to Neil Gaiman’s Norse Mythology ― Booklist

John Gwynne studied and lectured at Brighton University. He’s played double bass in a rock ‘n’ roll band and travelled the USA and Canada. He is married with four children and lives in Eastbourne, where he is part of a Viking re-enactment group. When not writing, he can often be found standing in a shield wall with his three sons about him.

Author can be found online at https://john-gwynne.com/