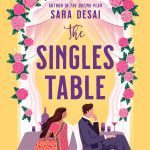 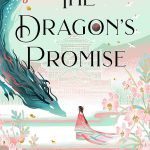 It’s a clash of culture in this romantic comedy about arranged marriages from Sara Desai. Layla Santos is the child of first-generation immigrants from India. Her parents run a Michelin-starred Indian restaurant in San Francisco and are very traditional in their ways, including a firm belief in the benefit of arranged marriages. Her father, thinking he knows best, signs Layla up for Indian girl match.Com and sets up a series of dates without telling her…. Sam Mehta is the self-made CEO of a corporate consultancy specializing in downsizing. Also the child of first-generation immigrants with traditional beliefs, his famly treated him like a prince and saw him as a symbol of their social and economic strength. But his sister’s marital experience has taught him that parents don’t always know what’s best for their children, and arranged marriages don’t always end in a happily ever after. When life throws Layla and Sam into close quarters, Sam finds himself unexpectedly chaperoning Layla on her dates. But neither can deny the Chemistry building between them, and they wonder if perhaps they should make an arrangement of their own….

Sara Desai has been a lawyer, a radio DJ, a historian, a bouncer and a librarian. She lives on Vancouver Island with her husband and three children.

Author can be found online at https://saradesai.com/

Be the first to review “The Marriage Game” Cancel reply