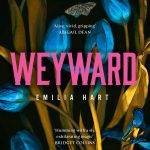 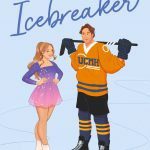 From the SUNDAY TIMES bestselling historical fantasy author of THE SHADOW IN THE GLASS comes a tour-de-force of faerie bargains, perfect for fans of THE INVISIBLE LIFE OF ADDIE LA RUE, MEXICAN GOTHIC, and TEN THOUSAND DOORS OF JANUARY

A dance with the fae will change everything

1919. In a Highland village forgotten by the world, the young people who remain after war and flu will soon head south to make something of themselves.

Moira Jean and her friends venture to the forest for a last night
of laughter before parting ways. Moira Jean is being left behind. She too planned to leave once – but her lover died in France and, with him, her future. The friends light a fire and dance. But, with every twirl about the flames, strange new dancers thread between them, music streaming from the trees.

The Fae have joined the dance.

Suddenly Moira Jean finds herself all alone, her friends spirited away.

For the Fae feel left behind and forgotten too. Led by the darkly handsome Lord of the Fae, they are out to make themselves known once more. Moira Jean must enter into a bargain with the Lord to save her friends – and fast, for the longer they spend with the Fae, the less like themselves they will be upon return. If Moira Jean cannot save her friends before Beltane, they will be lost forever…

Bewitching, threaded with Highland charm, and sparkling with romance, this fairy tale will carry you away.

‘A gothic twist on Cinderella that is truly exquisite. Chilling and beautiful – I devoured it in one sitting’ Katie Lowe, bestselling author of THE FURIES

‘A thought-provoking take on a classic’
SFX

JJA Harwood is an author, editor and blogger. She grew up in Norfolk, read History at the University of Warwick and eventually found her way to London, which is still something of a shock for somebody used to so many fields.
When not writing, she can be found learning languages, cooking with more enthusiasm than skill, wandering off into clearly haunted houses and making friends with stray cats. THE SHADOW IN THE GLASS was her debut novel.

Author can be found online at https://jowritesstuff.wordpress.com/

Be the first to review “The Thorns Remain” Cancel reply