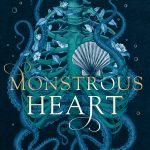 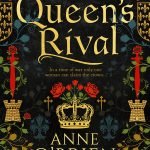 A heatwave melts London as Holmes and Watson are called to action in this new Sherlock Holmes adventure by Bonnie MacBird, author of “one of the best Sherlock Holmes novels of recent memory.”

In the West End, a renowned Italian escape artist dies spectacularly on stage during a performance – immolated in a gleaming copper cauldron of his wife’s design. In Cambridge, the runaway daughter of a famous don is found drowned, her long blonde hair tangled in the Jesus Lock on the River Cam. And in Baker Street, a mysterious locksmith exacts an unusual price to open a small silver box sent to Watson.

From the glow of London’s theatre district to the buzzing Cavendish Laboratory in Cambridge where physicists explore the edges of the new science of electricity, Holmes and Watson race between the two cities to solve the murders, encountering prevaricating prestidigitators, philandering physicists and murderous mentalists, all the while unlocking secrets which may be best left undisclosed. And one, in particular, is very close to home.

“MacBird’s artistry will keep readers eagerly turning the pages just to see how she orchestrates the big reveal. All in all, The Devil’s Due strikes me as one of the best Sherlock Holmes novels of recent memory, at least as entertaining as Anthony Horowitz’s The House of Silk.”
―Michael Dirda, Washington Post

“Intriguing … MacBird artfully alternates among multiple plotlines, maximizing suspense. With its deep probe into the friendship between the detective and the doctor, this is a good choice for fans of Sherlock Holmes.”
―Publishers Weekly

“Bonnie MacBird’s The Three Locks satisfies a hunger for more adventures of Holmes and Watson on so many levels. Not only does she perfectly capture their voices, she captures that most critical element―their humanity. Brava!”
―Leslie S. Klinger, editor, New Annotated Sherlock Holmes

“Bonnie MacBird’s sly plot and admirable sense of pacing keeps the story twisting and turning in a way that would have kept Doyle himself turning the pages.”
―Michael Sims, author of Arthur and Sherlock: Conan Doyle and the Creation of Holmes

“Though stage magic features in The Three Locks, the real magician is author Bonnie MacBird, who once again brings humour, action, rigorous period detail, and the characters we love to her latest Holmes adventure.”
―Dennis Palumbo, author of the Daniel Rinaldi series, Writing from the Inside Out

“Bonnie MacBird has conjured up a captivating three-card monte of murder, mystery and magic. The Three Locks may be her best yet.”
―Dan Stashower, author of Teller of Tales: The Life of Arthur Conan Doyle

“MacBird’s series grows stronger with each book and she remains the best and most faithful pastiche writer out there today – bar none.”
―The Doylockian

Bonnie MacBird is a produced screenwriter and playwright as well as an accomplished stage actor and writing teacher. She holds degrees from Stanford in music and film, and when she’s not writing Sherlock Holmes, moonlights as a theatre director and audiobook reader. She divides her time between Los Angeles and London.

Author can be found online at https://www.macbird.com/
Have a look at our collection : Click Here

Be the first to review “The Three Locks” Cancel reply