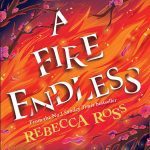 Loathe To Love You 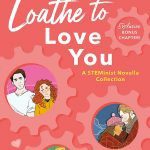 The Witch and the Tsar

‘A delicate weaving of myth and history, The Witch and the Tsar breathes new life into stories you think you know’ Hannah Whitten, New York Times bestselling author of For the Wolf

Yaga lives deep in the Russian forest, tending to any that call upon her for her healing potions and vast wisdom.

She has been alone for centuries, with only her beloved animals for company. But, when Tsaritsa Anastasia, wife of Tsar Ivan Vasilyevich, shows up at Yaga’s cottage on the brink of death, Yaga is compelled to travel with her to Moscow to keep her safe.

However, the Russia Yaga sees as she makes her journey to the heart of the country is one on the brink of chaos. Tsar Ivan – soon to become Ivan the Terrible – grows more volatile and tyrannical by the day, and Yaga believes the tsaritsa is being poisoned by an unknown enemy. But what Yaga cannot know is that Ivan is being manipulated by powers far older and more fearsome than anyone can imagine.

Set in sixteenth-century Russia, The Witch and the Tsar upends the stories we know of Baba Yaga as the bony-legged witch of Slavic fairy tales and the stuff of nightmares. For beyond the rumors of her iron nose, fangs for teeth, and house on chicken legs, is the story of a woman so wise and strong that she has to be cloaked in lies to hide her true power.

The Witch and the Tsar:

‘An utterly enchanting, wholly immersive debut that deftly reimagines the legend of Baba Yaga. This one is unmissable’ Alexis Henderson, author of The Year of the Witching

‘This epic tale brings both history and folklore to vivid life. It’s a fresh, exciting take sure to capture fans of Madeline Miller’s Circe and Jennifer Saint’s Ariadne’ Publishers Weekly

‘Fierce and fearless, The Witch and the Tsar whisks the reader back to a sixteenth-century Russia that’s enthralling, frightening, and completely unforgettable. With stunning prose and sharp insight, Olesya Salnikova Gilmore conjures up a captivating battle between gods, emperors, and folkloric spirits, led by a prickly, powerful heroine who leaps off the page and refuses to be ignored. This is Baba Yaga like you’ve never seen her before, and you’re going to love her’ Allison Epstein, author of A Tip for the Hangman

‘Beautifully written, gripping…a story of Baba Yaga as you have never met her before – don’t even THINK about missing it!’ Gabriella Saab, author of The Last Checkmate

‘The Witch and the Tsar delivers high stakes, memorable characters, and a sixteenth-century Russia you can almost reach out and touch. Yaga’s tale is a story I never knew I needed’ Genevieve Gornichec, author of The Witch’s Heart

‘A perfect blend of fantasy and historical fiction, The Witch and the Tsar magnificently paints an old Russia full of vengeful gods, court intrigue, and high adventure. In the centre of it all is the half-goddess Yaga, isolated and proud, whose compassion for humanity drives her into a war with Ivan the Terrible and the mythical beings who use him for their own ends. Immersive and beautifully written, Yaga’s story reminds us that gods – like humans – can choose their own fates’ Anika Scott, internationally bestselling author of The Soviet Sisters

Author can be found online at https://olesyagilmore.com/