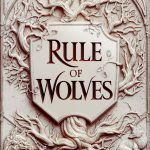 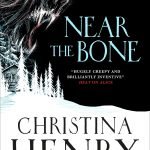 ‘Coggan invites you to be with characters who, for all the magic and wonder of the world she creates, are entirely relatable – women bound by duty and justice, love and fear, trying to find their own paths in a world not of their making. It gave me hope; it made me cry. It’s a fantastically good book.’ – Claire North, author of The First Fifteen Lives of Harry August

In a quiet street far from the river, with an ancient tree growing through its walls and floors, is the House of the Dead. There lives the witchling: healer, midwife and conduit between the world of the living and the world below. A witchling must give up her family and friends and spend her life alone, tending to the sick and carrying the dead down dark tunnels to the underworld.

Haley was born with the gift of death-magic, and at the age of seven her mother abandons her to the witchling to be raised as her successor. But as Haley grows older and learns her craft – as invading armies pass through her town, people are born and die on her floor, and loyalties shift and dissolve around her – she finds it harder and harder to keep her vows and be the perfect and impassive healer.

But if she can’t, it will be her downfall – and that of everyone she’s not supposed to love . . .

Praise for THE WITCHLING’S GIRL:

The Witchling’s Girl is an annoyingly good book. There is such craft in it that I had to regularly stop to have awe. Helena has done the remarkable thing of capturing love and hope in a world without heroes, without some glorious prophecy to set you free, but where all you can do is the best you can. It’s a trick of storytelling that evades most of us, the ability to express the powerful stories of women in a world that seeks to silence them, to find power in oppression and hope in even the darkest corners of the House of the Dead. She tells stories of birth and death, capturing the humanity of each moment, the intimacy of every breath, while also asking questions about life, freedom, duty, hope and despair. She builds a world out of intimate details, but suffused with magic and wonder, weaving the divine and the mundane into a world you could get lost in. She invites you to be with characters who, for all the magic of the universe, are entirely relatable – women bound by duty and justice, love and fear, trying to find their own paths in a world not of their making. It gave me hope; it made me cry. It’s a fantastically good book. ― Claire North, author of The First Fifteen Lives of Harry August

The next JK Rowling ― NBC’s Today

‘Vivid and intense. Helena Coggan had me on the edge of my seat ― Amanda Bouchet, bestselling author of The Kingmaker Chronicles

‘The plot pulses with action and the characters are beautifully complex. This is a book that sparks with adrenaline and longing, all the way to the final page ― Rebecca Ross, author of The Queen’s Rising

Helena Coggan is a writer and student based in London. She wrote her first novel, THE CATALYST, at the age of thirteen; it was published by Hodder and Stoughton two years later, and named as one of 2015’s Debuts of the Year by the Guardian and Amazon. The second book in the duology, THE REACTION, came out when she was sixteen. She has been called ‘the next JK Rowling’ by NBC’s Today, and in 2016 she was named by the Guardian as one of the most influential teenagers in the world. She is currently studying physics at university, for the sole purpose of building a TARDIS one day. THE ORPHANAGE OF GODS is her third novel.
Author can be found online at https://helenacoggan.com/
Have a look at our collection : Click Here

Be the first to review “The Witchling’s Girl” Cancel reply