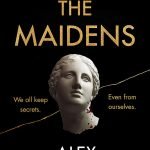 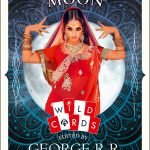 The Women of Troy

Following her bestselling, critically acclaimed The Silence of the Girls, Pat Barker continues her extraordinary retelling of one of our greatest myths.

‘Taut, masterly, wholly absorbing. Still one of the greatest stories ever written. A book that will be read in generations to come’ Daily Telegraph on The Silence of the Girls

Troy has fallen. The Greeks have won their bitter war. They can return home as victors – all they need is a good wind to lift their sails. But the wind has vanished, the seas becalmed by vengeful gods, and so the warriors remain in limbo – camped in the shadow of the city they destroyed, kept company by the women they stole from it.

The women of Troy.

Helen – poor Helen. All that beauty, all that grace – and she was just a mouldy old bone for feral dogs to fight over.

Cassandra, who has learned not to be too attached to her own prophecies. They have only ever been believed when she can get a man to deliver them.

Stubborn Amina, with her gaze still fixed on the ruined towers of Troy, determined to avenge the slaughter of her king.

Hecuba, howling and clawing her cheeks on the silent shore, as if she could make her cries heard in the gloomy halls of Hades. As if she could wake the dead.

And Briseis, carrying her future in her womb: the unborn child of the dead hero Achilles. Once again caught up in the disputes of violent men. Once again faced with the chance to shape history.

Masterful and enduringly resonant, ambitious and intimate, The Women of Troy continues Pat Barker’s extraordinary retelling of one of our greatest classical myths, following on from the critically acclaimed The Silence of the Girls.

The Women of Troy:

In a novel filled with names from legend, Briseis stands tall as a heroine: brave, smart and loyal.
Barker’s latest is a wonder.

The reimagining of mythological epics is certainly having a moment (think, Circe and Song of Achilles), but renowned British writer Pat Barker’s The Women of Troy stands apart. Barker has already written about Briseis before, in the excellent The Silence of the Girls, and this continuation of the Trojan woman’s story feels like another victory for every person who was silenced by history, their story stolen from them. ― Refinery 29

Pat Barker was born in Yorkshire and began her literary career in her forties, when she took a short writing course taught by Angela Carter. Encouraged by Carter to continue writing, she sent her fiction out. She has now published sixteen novels, including her masterful Regeneration Trilogy, been made a CBE for services to literature, and won the UK’s highest literary honour, the Booker Prize.

Her last novel, The Silence of the Girls, began the story of Briseis, the forgotten woman at the heart of one of the most famous war epics ever told. It was shortlisted for the Women’s Prize for Fiction, the Costa Novel Award and the Gordon Burn Prize, and won an Independent Bookshop Award 2019. The Women of Troy continues that story. Pat Barker lives in Durham.

Author can be found online at https://en.wikipedia.org/wiki/Pat_Barker

Be the first to review “The Women of Troy” Cancel reply