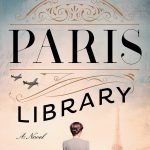 Daisy Jones and The Six 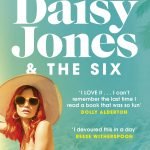 In glittering Shanghai, a monster awakens . . .

A blood feud between two gangs runs the streets red, leaving the city in the grip of chaos. At its heart is eighteen-year-old Juliette Cai, a former flapper who has returned to assume her role as the proud heir of the Scarlet Gang – a network of criminals far above the law. Their only rivals in power are the White Flowers, who have fought the Scarlets for generations. And behind every move is their heir, Roma Montagov, Juliette’s first love . . . and first betrayal.

But when gangsters on both sides show signs of instability culminating in clawing their own throats out, the people start to whisper. Of a contagion, a madness. Of a monster in the shadows. As the deaths stack up, Juliette and Roma must set their guns – and grudges – aside and work together, for if they can’t stop this mayhem, then there will be no city left for either to rule.

Filled with romance, intrigue and betrayal, this heart-stopping debut is perfect for fans of The Last Magician and Descendant of the Crane.

A deliciously dark twist on Romeo and Juliet that feels vibrant, modern, and wholly exciting. Gong’s writing brims with energy. I was swept away to her dark Shanghai from the first page and never wanted to leave! ― Natasha Ngan, New York Times bestselling author of Girls of Paper and Fire

Heady, smart, and vicious, These Violent Delights strikes every note with precision, layering romance and politics into a roaring 20s Shanghai of both monsters and monstrous imperialism ― Tessa Gratton, author of The Queens of Innis Lear

Chloe Gong’s These Violent Delights plants a Shakespearean classic in the rich soil of 1920s Shanghai, allowing her characters to grow, flourish, and steal your heart while warring against their own ― Joan He, author of Descendant of the Crane

Chloe Gong does expertly what all the best retellings do. She doesn’t simply transpose her source material into a new setting, she engages with the spirit of the original and in doing so crafts a story that is entirely and beautifully her own . . . I cannot recommend this book strongly enough ― Chaipters

Gong ensnares readers with a delicious tale of family rivalries and forbidden love all set against the glittering backdrop of 1920s Shanghai. Don’t miss this dark and beautiful retelling of Romeo and Juliet! ― Emiko Jean, author of Empress of All Seasons

Full of glitter, suspense and gore, These Violent Delights takes readers into the perilous world of 1926 Shanghai . . . Chloe Gong’s debut is a terrific, deliciously unputdownable read! ― June Hur, author of The Silence of Bones

Gong’s debut is not to be missed. With a dazzling setting, a mysterious series of murders, and diverse, unapologetically criminal characters, this novel ranks with the greatest YA ­retellings ― School Library Journal, starred review

An unforgettable reimagining of Romeo and Juliet ― ALA Booklist, starred review

Perfect for fans of The Last Magician and Descendant of the Crane, this heart-stopping debut is an imaginative Romeo and Juliet retelling set in 1920s Shanghai, with rival gangs and a monster in the depths of the Huangpu River.

Chloe Gong is a student at the University of Pennsylvania, studying English and international relations. During her breaks, she’s either at home in New Zealand or visiting her many relatives in Shanghai. Chloe has been known to mysteriously appear when ‘Romeo and Juliet is one of Shakespeare’s best plays and doesn’t deserve its slander in pop culture’ is chanted into a mirror three times.
Author can be found online at https://www.thechloegong.com/
Have a look at our collection : Click Here

Be the first to review “These Violent Delights” Cancel reply