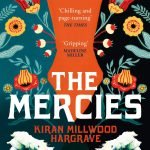 The gripping and gritty story of superpowers, jealousy, vengeance and redemption, from the New York Times-bestselling author of The Shades of Magic, The Invisible Life of Addie LaRue and Gallant. Victor and Eli started out as college roommates―brilliant, arrogant, lonely boys who discover that, under the right conditions, someone can develop extraordinary abilities – become ExtraOrdinary. Vicious Ten years after they turned on each other, Victor has escaped from prison and wants revenge on the man who put him there. Eli is hunting down and killing every EO he can find, convinced that they are a crime against God. All except his sidekick, a woman whose power is persuasion and whom he cannot defy. Armed with terrible power on both sides, driven by the memory of betrayal and loss, the arch-nemeses have set a course for revenge. Vengeful Marcella Riggins needs no one. Flush from her brush with death, she’s finally gained the control she’s always sought―and will use her newfound power to bring the city of Merit to its knees. She’ll do whatever it takes, collecting her own sidekicks, and leveraging the two most infamous EOs, Victor Vale and Eli Ever, against each other once more. With Marcella’s rise, new enmities create opportunity―and the stage of Merit City will once again be set for a final, terrible reckoning. Read the complete Villains fiction, containing Vicious, Vengeful, the prequel short story, ‘Warm Up’.

“Schwab’s characters feel vital and real, never reduced to simple archetypes… In a genre that tends toward the flippant or pretentious, this is a rare superhero novel as epic and gripping as any classic comic. Schwab’s tale of betrayal, self-hatred, and survival will resonate with superhero fans as well as readers who have never heard of Charles Xavier or Victor von Doom.”
― Publishers Weekly, starred review

“A fun, morally-flexible revenge tale… Vicious methodically ratchets up the tension as Victor and Eli circle each other for the inevitable kill.
― Daniel H. Wilson, NYT bestselling author of Robopocalypse

“An epic collision of super-powered nemeses. The writing and storycraft is Schwab’s own superpower as this tale leaps off the page in all its dark, four-color comic-book glory.”
― Chuck Wendig, author of Blackbirds

“A noirish cross between the X-Men and ‘The Count of Monte Cristo.’ You won’t be able to stop turning the pages.”
― Alex Bledsoe, author of The Hum and the Shiver

“I’ve been saying for some time that the most interesting and original fantastic fiction these days is being written by women, and I’ll now add V.E. Schwab to that list.Vicious is something new under the sun as Schwab gathers all the superhero/supervillain tropes and turns them on their sundry heads. I approached Vicious with frank skepticism (surprise) but found myself so fully engaged with the characters and the story that I could not put it down. She makes it work, folks. And best of all, not a shred of spandex in sight.”
― F.Paul Wilson, New York Times bestselling author of the Repairman Jack series

“Utterly brilliant. Schwab takes the notion of superhero fiction and bashes it on its head. If you like it dark, then prepare to be thoroughly entertained.”
― Jackie Kessler, coauthor of Black and White

“Vicious is dark and intricate and daring, twisting back and forth through time and morality and life and death until you can’t turn the pages fast enough. I loved it.”
― Dan Wells, author of I Am Not a Serial Killer

“A dynamic and original twist on what it means to be a hero and a villain. A killer from page one…highly recommended!”
― Jonathan Maberry, New York Times bestselling author of Marvel Universe vs The Avengers and Patient Zero

V.E. Schwab is the No.1 New York Times bestselling author of The Invisible Life of Addie LaRue, Vicious, The Near Witch and the Shades of Magic series, which was described as “a classic work of fantasy” by Deborah Harkness. It was one of Waterstones’ Best Fantasy Books of 2015, The Guardian’s Best Science Fiction novels, and a Telegraph choice. The Independent has called her “The natural successor to Diana Wynne Jones.” She lives between Nashville, France and Edinburgh.

Author can be found online at https://www.veschwab.com/

Be the first to review “Vicious/Vengeful Slipcase” Cancel reply