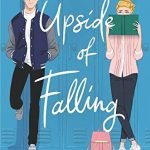 The Upside of Falling

A Constellation of Roses 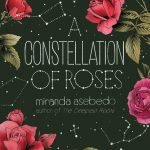 We Unleash the Merciless Storm

In this nail-biting sequel to Tehlor Kay Mejia’s critically acclaimed fantasy novel We Set the Dark on Fire, La Voz operative Carmen is forced to choose between the girl she loves and the success of the rebellion she’s devoted her life to. Perfect for fans of The Handmaid’s Tale and Anna-Marie McLemore.

Being a part of the resistance group La Voz is an act of devotion and desperation. On the other side of Medio’s border wall, the oppressed class fights for freedom and liberty, sacrificing what little they have to become defenders of the cause.

Carmen Santos is one of La Voz’s best soldiers. She spent years undercover, but now, with her identity exposed and the island on the brink of a civil war, Carmen returns to the only real home she’s ever known: La Voz’s headquarters.

There she must reckon with her beloved leader, who is under the influence of an aggressive new recruit, and with the devastating news that her true love might be the target of an assassination plot. Will Carmen break with her community and save the girl who stole her heart—or fully embrace the ruthless rebel she was always meant to be?

We Unleash the Merciless Storm:

“A stunning debut. Tehlor Kay Mejia weaves a gorgeous narrative where etiquette can be wielded like a weapon and where wit can be just as powerful as a sword.” — Rin Chupeco, author of The Bone Witch

“With a Latinx cast, a queer romance, and a timely challenge to a corrupt government, readers will be clamoring for this story about finding home, purpose, and family–and taking down a patriarchal dictatorship along the way.” — ALA

“Timely, powerful, and moving, We Unleash The Merciless Storm is a stunning conclusion to a dynamic duology.” — TheYoungFolks.com

★“This fierce, feminist novel throws memorable characters into a provocative set of circumstances, and the constant twists will leave readers yearning for the conclusion.” — Publishers Weekly (starred review)

★ ”This well-crafted fantasy offers a mirror that reflects themes in our own difficult world, namely privilege, immigration, and individualism versus the common good. A queer subplot with sensual tenderness adds rich complexity to the story. Thrilling and timely.” — Kirkus Reviews (starred review)

“A second—and final—volume that not only surpasses the accomplishments of its celebrated predecessor, but takes it to a higher, brighter level. Thrilling, timely, and terrific.” — Kirkus Reviews (starred review)

★“A richly constructed world full of fantasy and diversity, with a mystery that will keep them guessing until the very end.” — School Library Journal (starred review)

“Carmen’s struggle to save Dani is fast-paced, the plot full of arresting events that mirror current political and racial divides, and readers will surely root for the couple as Carmen fights for a happy ending. Mejia writes an utterly captivating and thoroughly satisfying ending for the two young women.” — Shelf Awareness

Praise for We Set the Dark on Fire: ★“With its achingly slow-burn romance and incisive examination of power structures, this is a masterfully constructed novel, made all the more impressive as it’s a debut.”

Her debut young adult novel, We Set the Dark on Fire, received six starred reviews, as well as the Oregon Spirit Book Award for debut fiction, and the Neukom Institute Literary Arts Award runner up honor for debut speculative fiction. It has been featured on Seventeen, Cosmopolitan, and O by Oprah Magazine’s best books lists, and was a 2019 book of the year selection by Kirkus and School Library Journal. Its sequel, We Unleash the Merciless Storm, followed to continuing acclaim, while Miss Meteor (co-written with National Book Award Nominee Anna-Marie McLemore) was named to the American Library Association’s 2021 Rainbow List, honoring outstanding contributions in LGBTQIA teen fiction.

Tehlor’s debut middle grade novel, Paola Santiago and the River of Tears, was published by the Rick Riordan Presents imprint at Disney/Hyperion. It received four starred reviews, and was named Amazon’s best book of 2020 in the 9-12 age range. It is currently in development at Disney as a television series to be produced by Eva Longoria.

Author can be found online at https://www.tehlorkaymejia.com/
Have a look at our collection : Click Here