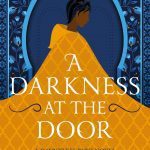 A Darkness at the Door 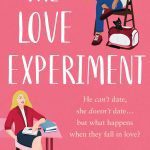 Zachary Ying and the Dragon Emperor

Zachary Ying has never had much chance to learn about his Chinese heritage. So when he’s chosen to host the spirit of the First Emperor of China for a vital mission, he is woefully unprepared. As a result, the emperor botches his attempt to possess Zack’s body and binds to his AR gaming headset instead.
With the legendary tyrant yapping in his headset, Zack must journey across China to steal magical artifacts and defeat figures from history and myth. Using his newfound water dragon powers, can Zack complete the mission in time to save the mortal world?

Zachary Ying and the Dragon Emperor:

‘Culture and technology clash as Zachary Ying takes adventure to a new level!’

‘Zachary Ying and the Dragon Emperor is an edge-of-your-seat adventure that has you laughing on one page and cheering on the next. Zach is a gamer turned hero who goes on an epic quest across the globe only to find his greatest strength within. More, please!’

‘Jam-packed with humour, heart, and hijinks, ZACHARY YING is the Chinese history class you wished you had at school. Exploring diaspora and intersectional identity in between magical heists and mythical creatures, this book is a marvel. I am officially a Xiran Jay Zhao stan!’

Xiran Jay Zhao is the #1 bestselling author of the Iron Widow duology. A first-gen Hui Chinese immigrant from small-town China to Vancouver, Canada, they were raised by the internet and made the inexplicable decision to leave their biochem degree in the dust to write books and make educational content instead. You can find them @XiranJayZhao on Twitter for memes, Instagram for cosplays and fancy outfits, TikTok for fun short videos, and YouTube for long videos about Chinese history and culture. Zachary Ying and the Dragon Emperor is their first middle grade novel

Author can be found online at https://xiranjayzhao.com/