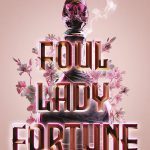 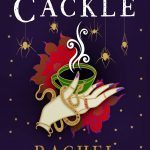 A Magic Steeped In Poison

A sweeping debut steeped in Chinese mythology, the enchanting power of brewing tea, and a magical tournament to decide a country’s fate, sure to thrill fans of Adrienne Young and Leigh Bardugo. I used to look at my hands with pride. Now all I can think is, These are the hands that buried my mother. For Ning, the only thing worse than losing her mother is knowing that it’s her own fault. She was the one who unknowingly brewed the poison tea that killed her―the poison tea that now threatens to also take her sister, Shu. When Ning hears of a competition to find the kingdom’s greatest shennong-shi–masters of the ancient and magical art of tea-making–she travels to the imperial city to compete. The winner will receive a favor from the princess, which may be Ning’s only chance to save her sister’s life. But between the backstabbing competitors, bloody court politics, and a mysterious (and handsome) boy with a shocking secret, Ning might actually be the one in more danger.

A Magic Steeped In Poison:

Judy I. Lin was born in Taiwan and immigrated to Canada with her family at a young age. She grew up with her nose in a book and loved to escape to imaginary worlds. She now works as an occupational therapist and still spends her nights dreaming up imaginary worlds of her own. She lives on the Canadian prairies with her husband, daughter and elderly cat. A Magic Steeped in Poison is her debut novel.

Author can be found online at https://judyilin.com/