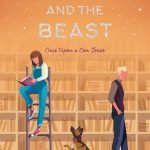 Bookish and the Beast 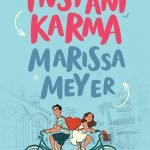 The Invisible Life of Addie LaRue

YA fantasy from bestselling V.E. Schwab – Romeo & Juliet meets The Poisonwood Bible in this tale of star-crossed lovers and deals with the devil. When Addie La Rue makes a pact with the devil, she trades her soul for immortality. But there’s always a price – the devil takes away her place in the world, cursing her to be forgotten by everyone. Addie flees her tiny home town in 18th-Century France, beginning a journey that takes her across the world, learning to live a life where no one remembers her and everything she owns is lost and broken. Existing only as a muse for artists throughout history, she learns to fall in love anew every single day. Her only companion on this journey is her dark devil with hypnotic green eyes, who visits her each year on the anniversary of their deal. Alone in the world, Addie has no choice but to confront him, to understand him, maybe to beat him. Until one day, in a second hand bookshop in Manhattan, Addie meets someone who remembers her. Suddenly thrust back into a real, normal life, Addie realises she can’t escape her fate forever.

The Invisible Life of Addie Larue:

Praise for The Invisible Life of Addie LaRue:

For someone damned to be forgettable, Addie LaRue is a most delightfully unforgettable character, and her story is the most joyous evocation of unlikely immortality.
Neil Gaiman, author of American Gods and winner of multiple Nebula, Hugo, and Locus Awards

Victoria Schwab sends you whirling through a dizzying kaleidoscopic adventure through centuries filled with love, loss, art and war all the while dazzling your senses with hundreds of tiny magical moments along the way. The Invisible Life of Addie Larue will enchant readers as deeply as its heroine s Faustian bargain; you will find yourself in quick turns both aching with heartbreak, and gleefully crowing at the truly delicious, wicked cleverness in store.
Naomi Novik, Nebula and Locus Award-winning author of Spinning Silver

Addie LaRue is a book perfectly suspended between darkness and light, myth and reality. [This novel] is ironically unforgettable.
Hugo Award winner Alix E. Harrow, author of The Ten Thousand Doors of January

The Invisible Life of Addie LaRue is the kind of book you encounter only once in a lifetime. . . . A defiant, joyous rebellion against time, fate, and even death itself and a powerful reminder that the only magic great enough to conquer all of it is love.
Peng Shepherd, author of The Book of M

Praise for the Shades of Magic series:

Addictive and immersive, this series is a must-read.
Entertainment Weekly, Grade A, on A Gathering of Shadows

A gem of a tale…. This is a book to treasure.
Deborah Harkness on A Darker Shade of Magic

Compulsively readable…. With so many worlds on the map, there’s plenty left to discover.
NPR on A Darker Shade of Magic

Feels like a priceless object, brought from another, better world of fantasy books.

—
io9 on A Darker Shade of Magic

There are twists aplenty young Henry has secrets of his own but what we take from this beautiful, sweet and utterly engaging story is a message of love and hope.
Daily Mail Review

“Fantasy star Schwab pulls out all the stops.”

–i-Life’s 75 of the best new books for Autumn

V.E. Schwab is the No.1 New York Times bestselling author of Vicious, The Near Witch and the Shades of Magic series, which was described as “a classic work of fantasy” by Deborah Harkness. It was one of Waterstones’ Best Fantasy Books of 2015, The Guardian’s Best Science Fiction novels, and a Telegraph choice. The Independent has called her “The natural successor to Diana Wynne Jones.” She lives between Nashville, France and Edinbugh.
https://www.veschwab.com/
Have a look at our collection : Click Here