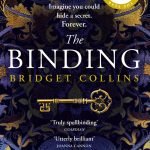 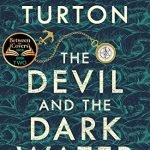 Hrh princess Samantha has always been a royal rebel. She’s the spare not the heir, so no one minds too much who she dates or how hard she parties. It helps that her sister, princess Beatrice, is literally perfect. She’s demure, sweet and beautiful, and she knows that the crown always comes first – no matter what her heart might really want. But they’re not the only ones with their eye on the throne. Daphne deighton might be ‘newly noble’ But she won prince jefferson’s heart once, and she’ll do anything to get back into the Court’s favour – and his bed. If only she knew that her competition was a common nobody – plain little Nina Gonzalez, the daughter of the King’s Secretary. Together these four young women must navigate the drama, gossip, scheming and sizzling romance of the most glorious Court in the world. There’s everything to play for – but there can only be one queen.

A fun, fast-paced read packed with drama, scandal and romance, The Sun

With the seemingly endless influx of new novels hitting the real and virtual bookshelves every day, the choice can seem overwhelming. But, occasionally a novel comes along with the promise of delivering escapism by way of a subject matter – royals, romance and a Gossip Girl-esque scandal – that is a no-brainer must-read . . . American Royals [is] just such a novel set to ignite and delight book clubs and literary-loving fans of The Princess Diaries, Gossip Girl, The Crown or even just the real-life British royals., Vogue Australia

There’s enough palace intrigue, royal shenanigans, and even a smidgen of sex to satisfy anyone who loves a bit of gossip . . . An entertaining royal family modeled after the residents of Buckingham Palace., Kirkus Reviews

For readers looking for intrigue-and for those who like their royal fever with a twist-this is a quick and delicious read, Booklist

A fun twist on history as we know it, and the ending will have readers hoping for a sequel, School Library Journal

I really enjoyed this book. For me it was The Crown meets Gossip Girl which was always going to be a fun combination. The structure, pace and characterisation made this an easy and very enjoyable read., BookBag

Katharine McGee is the New York Times bestselling author of the Thousandth Floor series. She studied English and French literature at Princeton and has an MBA from Stanford. Katharine’s dream job has always been to work as a Disney princess, but when she learned she wasn’t tall enough, she wound up writing instead. She’s been speculating about American royalty since her undergraduate days, when she wrote a thesis on “castle envy”-the idea that the American psyche is missing out on something, because Americans don’t have a royal family of their own. After several years in New York and then in California, Katharine now lives with her husband in her hometown of Houston, Texas.
https://katharinemcgee.com/
Have a look at our collection : Click Here

Be the first to review “American Royals” Cancel reply